Urban Champion is declared in the seven furlong maiden at Doncaster on Friday run at 2.55pm.  A home-bred of Hunscote Stud by Cityscape, he has a nice pedigree being a full brother to a multiple winner.  He has shown us promise at home but the race is plenty competitive enough as you can imagine at this time of year, with many yards attempting to get racecourse experience into their juveniles.  However hopefully he will show some promise and he looks a very nice three-year-old prospect.

With Wincanton being called off, Organdi has options at the weekend at Cheltenham and Aintree.  We will see what ground conditions and opposition look like before making a final decision but hopefully there won’t be too much rain at either track.  Having gone up five pounds for her Warwick victory, she will need to be at the top of her game but looks in good fettle at home.

Thank you to all who supported our charity golf day yesterday.  It was great to see so many of our owners in attendance, enjoying a beautiful autumnal afternoon, whilst raising money for two excellent causes in Kate’s Home Nursing and Brainstorm.

Victory went to Colin and Gwenda Pocock and Chris and Debbie Birtwhistle, who won with a staggering ninety-nine points.  Proof that in retirement, you get a lot of time to play golf.

With our Five to Follow Competition starting as of 1st November – full details HERE, here is our final installment of our write ups on the horses.  We look forward to receiving your entries very soon! 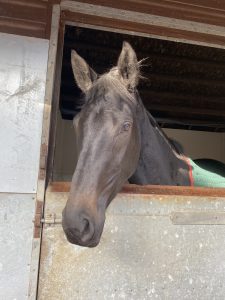 This three-year-old filly was purchased in the summer from champion jockey Richard Johnson.  Out of a Listed placed mare and related to many winners, including being a full sister to decent novice hurdler Perfect Pirate, she will undoubtedly strengthen up in time and will be seen in a bumper in the spring at the earliest.

3-year-old gelding by Malinas out of Lucy Rouge 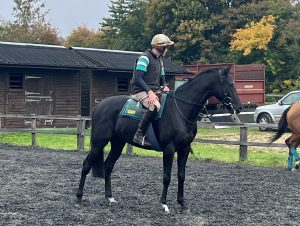 This attractive three-year-old was purchased in the spring and has recently joined the yard having been broken-in over the summer.  He will be educated up to Christmas with the aim of running in bumpers once he has matured further.  He is from a decent family and looks a young horse of great promise.

3-year-old gelding by Sans Frontieres out of Gaelic River 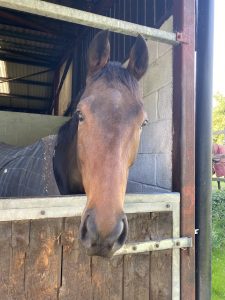 This three-year-old son of Sans Frontieres was purchased in the spring and is a half brother to decent novice, Deploy the Getaway.  He is at present cantering having been broken-in over the summer and will be given time to mature.  He will be aimed to run in a bumper in the spring.

2-year-old colt by Cityscape out of L’Addition 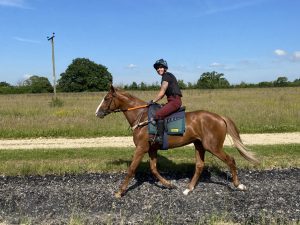 Urban Champion is a two-year-old owned and bred by Hunscote Stud.  Out of a winning mare who has bred winners, he looks very much like his sire and has shown promise in his faster work.  He will probably start off over seven furlongs before eventually stepping up in trip and he looks a decent flat prospect.  He is declared to run at Doncaster on Friday.