Fighting Poet (pictured above) gave the ‘Richard Phillips Racing Syndicate’ a lovely, sunny afternoon out yesterday at Windsor but he did not appreciate the soft ground.  Hopefully we can find a better surface for him over a bit further in the near future and we will also school him over hurdles soon.

A great weekend of racing at Ascot.  With the ground riding softer than expected, it produced some exciting finishes and some surprising results.  Whilst in America, well done to Shark Hanlon on winning the American Grand National with Hewick.

Pleased to hear Cheltenham have decided to keep the Festival to four days following consultation with a wide variety of people.  I am sure it’s the right decision long term.

With our Five to Follow Competition starting as of 1st November – full details HERE, we continue with a brief write up on the horses to help or hinder or selections!

7-year-old gelding by Arcano out of Jeunesse Doree 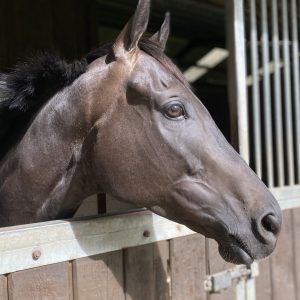 Tulane has been a real fun horse having been placed many times and he won well at Kempton last winter on the all-weather.  He has been placed on the flat for the Adlestrop Club this summer and likes a test of stamina on a galloping track to be seen at his best.

5-year-old gelding by Sageburg out of Brown Arrow 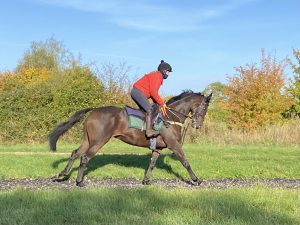 This handsome five-year-old showed ability on the gallops in the spring before being put away to mature further.  He will run in bumpers between now and Christmas before beginning his hurdling career at the start of the new year.  He is related to some decent jumping types and has shown us plenty of promise. 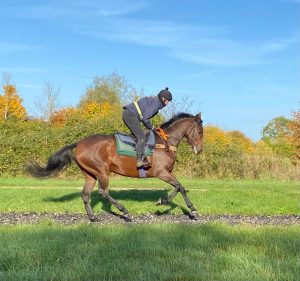 From the family of Cheltenham Festival winner Fork Ligthening, this homebred four-year-old is a fine stamp of a mare.  Having just joined the string, she will be educated over the next couple of months before being aimed at bumpers and hurdles later on in the season.